“You Can Only Lead Others If First You Lead Yourself.” 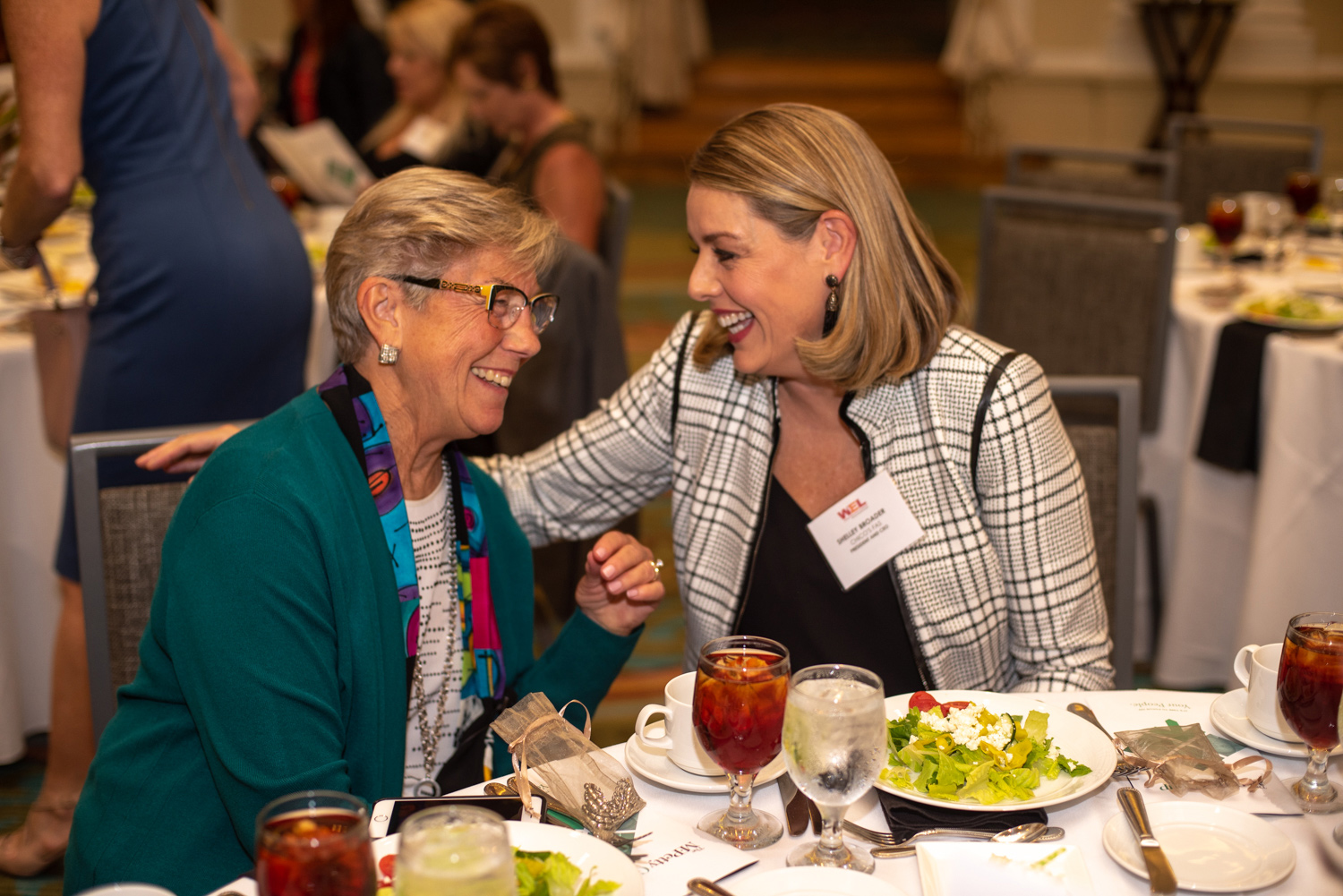 Recently, I had the opportunity to moderate a conversation with my longtime friend Shelley Broader, CEO and President of Chico’s FAS, Inc. Women in Executive Leadership (WEL) hosted the event.

Shelley joined Chico’s FAS as President and CEO in 2015, following a number of pivots in her career - pivots that in many ways had mirrored my own, but along the way taught us the value of transferable skills. Our degrees and aspirations were similar, mine in journalism, and hers in communications. We both love that storytelling is a valuable way to communicate to our diverse constituencies: customers, employees, and shareholders.

We both have been lucky. We have incredibly supportive men in our lives, loving husbands and fathers, who make our careers possible. I was addicted to the news business. Shelley was addicted to retail. Balance was a big challenge for both of us, working extra hard to prove ourselves in fields dominated by men. Yet, along the way, several of those men saw things in us that we did not. They believed in us and sponsored us to move into key leadership positions for company divisions in which we had little or no hands-on experience. We learned the most valuable skill.

“All work gets done through people and teams.

However, delivering the results was what ultimately defined and positioned us among our male colleagues. And, it helps that we are both risk-takers, comfortable being direct in our communication, and getting our energy from the smart people around us.

Boston was a long way from Spokane, WA, where Shelley grew up. With degree in hand, she had packed up everything she owned and moved with no job, no friends, and no place to live. After the sudden loss of her father as a young teen, her strong mother told Shelley, the youngest of four, “You will need to make you own way.” In Shelley’s words, she quickly learned:

“You can only lead others, if first you lead yourself.”  SB

She landed her first big opportunity in what she called “the heady gig” of investment banking. But it was the healthy balance sheet of a client, food retailer Hannaford’s, that eventually drew her to the next pivot. Like the commitment Shelley has made at Chico’s FAS to significantly increase the number of women in its executive ranks and the boardroom, Hannaford’s was also committed to promoting more women to its executive ranks when Shelley came asking for a job.

Shelley is a foodie, but when she was told she’d need to learn the business from the bottom up - starting at the cash register, she knew this was the right move for her. She was going to learn every aspect of the business. At one point in my own career, I had responsibility for a diverse range within the business: employee parking, security, the cafeteria, and distribution. Shelley and I agree that everyone should come to know how talented and dedicated these individuals are in our organizations.

Hannaford’s corporate parent, Belgium-based DelHaize Group owned several lines of grocers on the east coast, and after 12 years moving through every division of the company, Shelley was promoted to President and COO of their failing Kash N Karry stores in Tampa Bay. Two years and $50 million later, the old brand was retired and Shelley, now President and CEO, launched the new Sweetbay brand. Success building and marketing the brand depend upon one of Shelley’s top strategic priorities. She kept a laser focus on what her customers wanted, not what her competitors were doing - Publix and Super Walmart.

Fast forward three years and she left Sweetbay with the self-awareness that it was time for new leadership to reassess the business. The next pivots - all in retail - expanded her portfolio of experience as she moved to CEO roles at Michaels, Walmart’s international divisions, and now Chico’s FAS.

Because of Shelley’s leadership, Chico’s FAS was recently ranked No.1 by LedBetter, the Gender-Equality Index that ranks consumers’ favorite brands, based upon equality in leadership, and ahead of big brands such as Gucci, Prada and Etsy.

Shelley expressed surprise by the LedBetter ranking, because she’s focused on finding the best talent that brings the best value to the organization, rather than thinking about the person’s gender. She’s right, but we also know we’ve learned from mistakes. That’s how leaders evolve.

Our conversation was wide-ranging, but key takeaways for those aspiring to move up in their careers:

-       Be brave. Shelley watched her mother go back to school after her husband, the family breadwinner and father of their four children, suddenly died when Shelley was 13. All the kids started working, and her mother went to college to become a teacher.

-       Model the culture. Putting family first, a core pillar of a healthy culture, must be modeled by those at the top. Shelley is home to make dinner for her family 5 to 6 nights a week. We each had 2 children, daughters as the oldest child. I would announce when I was leaving early to go to our son’s soccer game. When our associates have balanced lives, they engage at a high level, feel valued and are loyal.

-       Broaden your skills. Instead of sticking to one industry or specialty in our learning, we focused on developing cross-functional, transferable skills. We gained experience in a number of roles, within multiple companies, which provided perspective on challenges and opportunities as we rose in leadership positions.

-       Lean on your team. Shelley views her role as a “coordinator of experts” who sets the strategy. She relies on her senior leaders for their expertise and perspective. And she leans on her board members for market perspective and specific expertise. She wants her board to create a hard-charging atmosphere that challenges her perspective. Effective leaders surround themselves with those who bring diverse views and thinking and who will push back on us.

-       Seek feedback. Being surrounded by “yes people” makes it hard for many leaders to get honest feedback. It also leads to “tunnel vision” and poor decision-making. To counter this, Shelley has cultivated a team of people outside the company who she counts on for candid feedback on her performance.

-       Have confidence, but not arrogance. Confidence comes from having competence. And it’s critical for leaders to have confidence, as it will lead your team to success, even in the most challenging of times.

-       Find mentors and sponsors. Do not confuse the two. Shelley shared how mentors and sponsors have played a major role in helping her grow over the years. Mentors showed her the ropes, while sponsors helped build her credibility by advocating that she be added to new project teams or be considered for certain roles. Shelley explained, “Sponsors talk about you when you are not in the room. You can ask for a mentor. Sponsors are earned.” 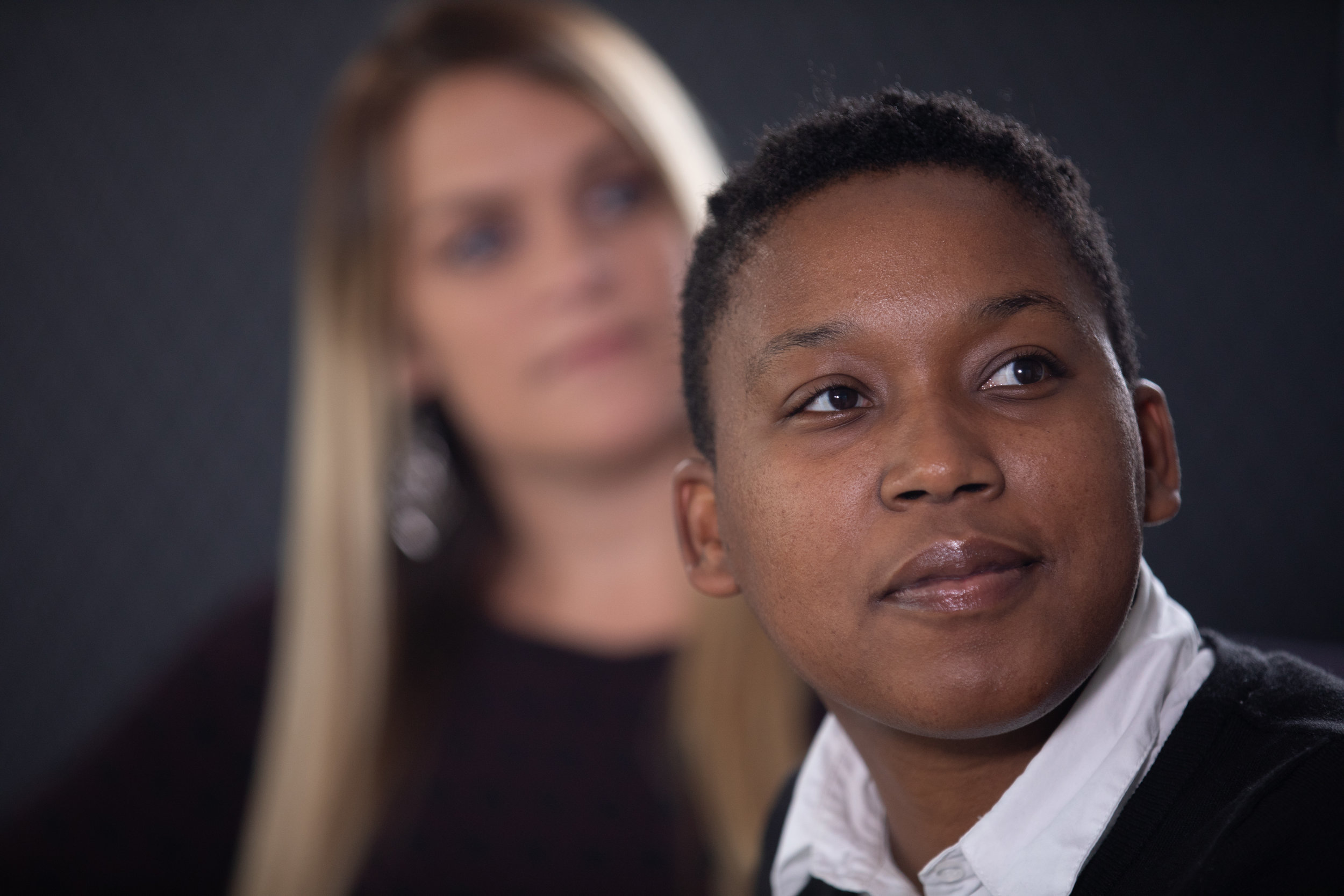 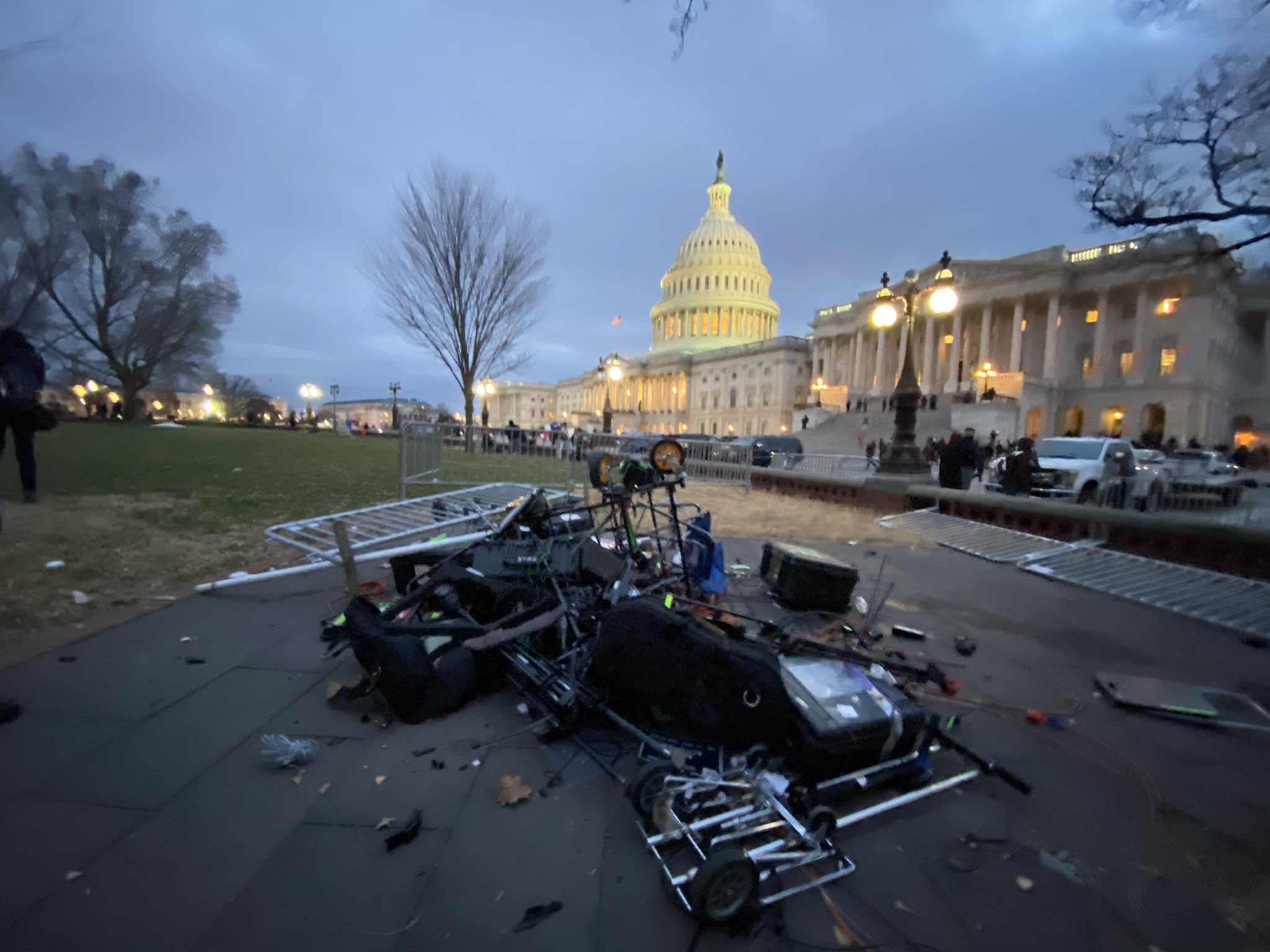 Organizing Around Values: Reflecting on Insurrection at the US Capitol
As a trained journalist at America’s oldest journalism school and a confessed news junkie, I awoke emotionally and physically exhausted yesterday morning, still in disbelief, and yes, very sad.
read more 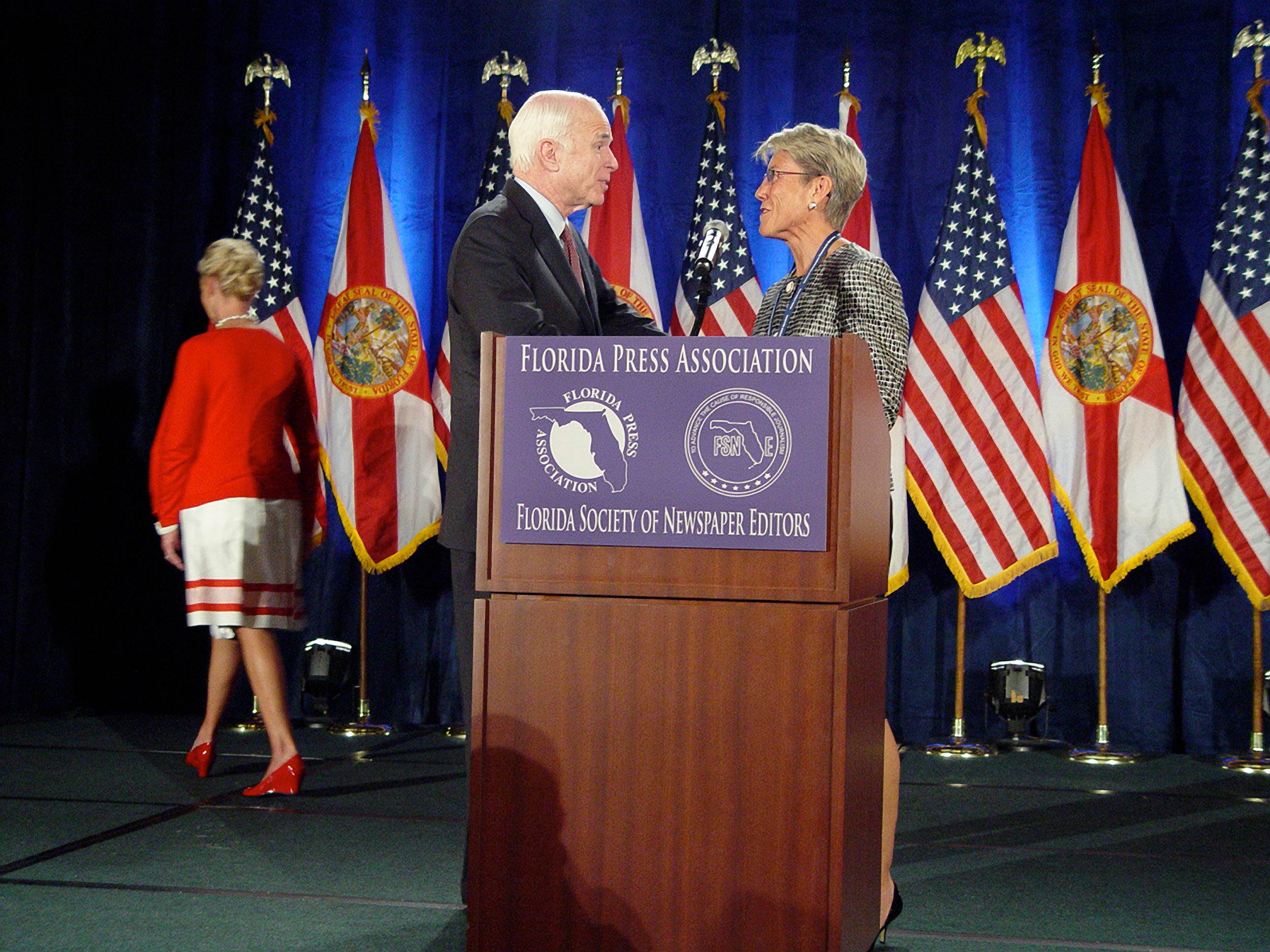 I Was Privileged to Meet Senator John McCain
I met Senator and presidential candidate McCain on June 5, 2008. I could not help but wonder what McCain’s scores would have been had he experienced the unique assessment we use in our work today with teams and individuals.
read more
See All headlines
back to top